The simple extra step of flushing out the bladder with a chemotherapy drug after the removal of a tumor significantly decreased the chances of cancer returning. This finding has been well documented and implemented in Canadian and European clinical trials, but has only recently been conducted on a US population. The result of the phase 3, blinded clinical trial was presented at the 2017 American Urological Association (AUA) Annual Meeting.

Bladder cancer is the sixth most commonly diagnosed cancer in the United States with approximately half of new diagnoses classified as low-grade non-muscle bladder cancer. Treatment involves the removal of cancerous tissue from the bladder, a procedure known as transurethral resection for bladder tumor (TURBT).

In the study 406 patients with non-muscle invading bladder cancer were randomly divided into 2 groups. The treatment group received a single dose infusion of 3.5 ounces of gemcitabine, a common chemotherapy drug, after surgery. Gemcitabine was held in the bladder for 1 hour. The second group received only a saline infusion after surgery. Both groups were monitored for 4 years.

“The big deal here is that cancer recurrence is common for people diagnosed with this less aggressive form of bladder cancer,” said Edward Messing, an investigator with SWOG, the international clinical trials network funded by the National Cancer Institute, Winfield W. Scott Professor and Chairman of Urology at the University of Rochester, and study presenter. “I know some patients who undergo 4 TURBT procedures a year. If we can cut down on these recurrences, we will save a lot of people a lot of pain, money, and time lost to recovery.” 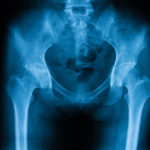