In a recent study involving patients with upper tract urothelial carcinoma (UTUC), researchers demonstrated the feasibility of providing antegrade administration of mitomycin gel through a percutaneous nephrostomy tube (PCNT) without the need for general anesthesia and with a low incidence of ureteral stenosis. Study findings were reported in the journal BJU International.

Mitomycin gel has been approved for use in the treatment of low-grade UTUC following the results of the OLYMPUS trial, during which patients received the agent through retrograde administration, with general anesthesia required in some cases. Ureteral stenosis was an outcome in 44% of patients.

Antegrade administration has potential to pose less of a risk of repeated ureteral instrumentation, with a lack of need for general anesthesia, so the researchers undertook this study to evaluate the safety and feasibility of an antegrade approach to delivery of mitomycin gel. They did so by retrospectively analyzing data from 4 tertiary referral centers employing this approach.

Patients included in this study had received induction therapy with mitomycin gel given via a PCNT using antegrade administration, on a weekly basis for 6 weeks. Patient data that were evaluated included baseline demographics, cancer history, and information on recurrences. Safety was the primary safety outcome, and response was also assessed. Primary disease evaluation usually occurred in the period of 4 to 6 weeks after finishing induction therapy.

A total of 32 patients were evaluated who had been given at least 1 treatment of mitomycin gel for UTUC through antegrade administration using a PCNT. The median patient age was 74.5 years. In this population, 41% of patients had residual disease at the start of induction.

The median follow-up time for safety analysis was 15.0 months after the first dose of induction therapy. The rate of ureteral stenosis was 9%, which was treated in all cases. Later recurrence reportedly did not occur in any of these patients by a median of 16.0 months. Treatment-related fatalities did not occur, and kidney function did not appear impaired in any patients within the follow-up period. Fatigue was reported in 27% of patients, flank pain in 19%, and urinary tract infection in 12%. Sepsis and hematuria each occurred in 8% of patients.

“Antegrade administration of mitomycin gel is efficacious, safe, and should be considered in the armamentarium of urologists for the treatment of low grade UTUC,” the study investigators wrote in their report. They also indicated both antegrade and retrograde methods of administration should be evaluated with long-term follow-up to determine treatment durability and safety. 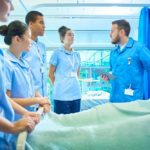