Researchers looked at racial and ethnic disparities in cancer incidence by single year of age and found “substantial” variations in pediatric patients as well as adolescents and young adults (AYAs). The team reported their findings in Cancer.

“Although these bands are suitable for cancers occurring primarily in adults, there is considerable variation by single year of age among cancers prominent in childhood that is masked by the conventional grouping.”

The researchers used SEER 18 data (2000-2017) to calculate the frequencies and age-adjusted incidence rates for cancers from birth to 39 years of age and examined the data by single year of age.

The difference in ALL incidence was strongest at ages 1-7 and 16-20 years for Black patients; ages 19, 22, and 33-34 years for Asian/Pacific Islander patients; and ages 5-9 and 15-19 years for American Indian/Alaskan Native patients.

Though Hispanic patients had a lower overall incidence of Hodgkin lymphoma, they had an increased incidence at ages 0-4 and 5-9 years (IRRs, 1.95 and 1.47, respectively), with the highest incidence at age 4 (IRR, 2.09).

“Although ancestry is not a modifiable risk factor, understanding the biologic mechanisms and conducting risk factor studies by tumor subtype and ancestry may identify etiologic heterogeneity and may aid in the development of prevention strategies or treatments,” the researchers proposed. “As more data accumulate in population-based registries such as SEER, future studies may wish to examine incidence rates among each race and ethnicity in finer detail.” 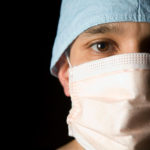