One to 2 exercise sessions per week confer significant health benefits in men and women, even in obese people and those with medical risk factors.1

“It is very encouraging news that being physically active on just 1 or 2 occasions per week is associated with a lower risk of death, even among people who do some activity but don’t quite meet recommended exercise levels,” said senior author, Emmanuel Stamatakis, PhD, Associate Professor, Sydney Medical School, the University of Sydney in Australia.

Research has not yet elucidated the frequency and combination of total weekly quantity of activity that could optimize health benefits. People who exercise just 1 or 2 days per week are often called “weekend warriors.”

This study assessed data from pooled analysis of household-based surveillance studies. Data came from respondents (63591 individuals) to the Health Survey for England and Scottish Health Survey with prospective linkage to mortality records. Data were collected between 1994 and 2012 and analyzed in 2016. Of respondents, 45.9% were male, and the average age was 58.6 years.

Though the bouts of activity occurred on only 1 or 2 days, “weekend warriors” spent an average of 300 minutes per week engaging in moderate- or high-intensity physical activity.

In other words, compared to people who reported no physical activity, cancer mortality rate was 14% lower in the insufficiently active, 18% lower in weekend warriors, and 21% lower in the regularly active.

“This findings persisted after adjusting for potential confounders, prevalent chronic diseases, and excluding those who died in the first 2 years of the study.” 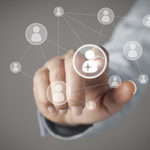