When coauthors Ann Lin and Christopher Giuliano, then at Stony Brook University in New York, saw their lab results, they were worried. “We were both undergrads at the time,” said Lin. “It was our first CRISPR experiment, and we were like, is this our fault, or is this real?”

Using CRISPR, Lin and Giuliano had knocked out the gene for MELK, a kinase reported to be essential in multiple cancer types, and of particular interest in triple-negative breast cancer. Surprisingly, they found that breast cancer cells grew happily even without MELK. Even more strangely, the cells lacking MELK remained vulnerable to OTS167, a MELK inhbitor.1Their advisor, Jason Sheltzer, PhD—who is a fellow at Cold Spring Harbor Laboratory—wasn’t inclined to blame the odd results on undergraduate incompetence. They began pursuing the hypothesis that the drug must exert its killing activity through other proteins or through some other mechanism.

Four clinical trials are currently underway testing OTS167 in human cancers — yet the drug’s mechanism of action may be misunderstood. It’s a real problem: targeted therapies for cancer overwhelmingly fail clinical trials, according to a recent analysis,2 with only some 3% to 4% of candidates earning approval from the US Food and Drug administration (FDA).

This statistic startled the researchers and prompted them to broaden their investigation. They tested 10 cancer drugs that targeted 6 different proteins, looking to confirm the published mechanisms of action. The target proteins were HDAC6, MAPK14/p38, PAK4, PBK, PIM1, and CASP3/caspase-3.

Most of the evidence implicating these proteins as essential for cancer growth came from RNA-interference (RNAi) screens, in which short RNA molecules designed to silence the gene successfully impaired cancer cell growth. In each case, a small-molecule inhibitor targeting the protein exists, with demonstrated cancer-killing ability. They intentionally selected drug-target pairs that had no published resistance-granting mutations, which would unequivocally validate the mechanism of action.

When they knocked out the genes with CRISPR, Lin and Giuliano found that in every case, inactivating the gene did not diminish the cancer cells’ survival. Upon testing 4 of the original RNAi constructs that had been used to identify the proteins as essential, the constructs still hampered the cells’ growth even when the targeted gene of interest had been knocked out. 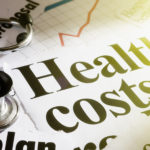