And despite the fact that 695 of 1905 oncology practices (36%) switched to the incentivized fee schedule, the researchers found that practices already prescribing lower-cost drugs were more likely to participate in the program. The authors also wrote that 90% of patients in the study received at least 1 incentivized anticancer drug in their therapeutic regimen.

“Payers have long thought that paying doctors more for less-expensive, generic cancer drugs could reduce medical spending on cancer care, but our study should prompt payers — both Centers for Medicare and Medicaid Services (CMS) and commercial insurers — to reconsider that approach,” Justin Bekelman, MD, a study author who is an associate professor at UPenn, wrote in an email to Cancer Therapy Advisor. “The key takeaway is that voluntary payment reform programs, while good intentioned, should be designed with caution.”

They noted that a study limitation was that commercial claims data lack detailed information about clinical decisions. Patient preferences regarding toxicity were not logged, nor were physician sentiments on the reach or value of the program.

In an email to Cancer Therapy Advisor, Ted Okon, who is executive director of the Community Oncology Alliance, characterized the limitations outlined by authors as “fundamental flaws.” He added, “The most important limitation [one that was acknowledged by authors] is that significant new targeted therapies have become available that invalidate any acceptable use of older generic drugs in most patients.”

Although the exact pricing markups for all medications were not disclosed in the article, the authors offered the example of the substitution of albumin-bound paclitaxel (brand) with generic paclitaxel, and marked up the reward for using the generic by 900%. The brand version has a 20% markup normally, making the payment to oncologists $1400. While the incentive for the generic used to be approximately $12, the markup through the pilot allowed oncologists to receive approximately $500 instead.

The one example of when a drug switch occurred that they did disclose, however — paclitaxel versus nab-paclitaxel — is problematic, according to Okon. “Many oncologists will tell you that they are not totally interchangeable,” he said. “This lack of disclosure alone invalidates any conclusions.”

Dr Bekelman told Cancer Therapy Advisor that they used paclitaxel as an example because it “remains an evidence-based chemotherapy recommended by [the National Comprehensive Cancer Network].” He added, “The program was not designed to promote specific guidelines or pathways, but rather to incentivize lower-cost, effective cancer drugs that, simply according to the buy-and-bill payment, have lower reimbursement than other drugs.”

And, although the authors wrote that the program through UnitedHealthcare had the potential to “meaningfully reduce overall costs of anticancer drug therapy,” and if successful, could have led to a “nearly two-thirds reduction in anticancer drug spending,” Okon questioned these statements, as well. 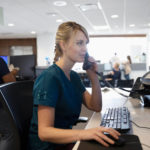