Informed consent forms used in radiation oncology departments across the United States showed a level of complexity that may limit the understanding of many patients. The findings of this study were published in JAMA Oncology.

Informed consent procedures are fundamental to the shared decision-making process and essential to maintaining patient autonomy in the settings of both clinical research and clinical care, but the complexity of cancer care can confound the goal of achieving true informed consent, particularly when descriptions of highly technical treatments, such as radiation therapy, are involved. As a means of facilitating patient comprehension, the American Medical Association, the National Institutes of Health, and the National Cancer Institute recommend readability levels of 6th-grade, 7th- to 8th-grade, and 8th-grade, respectively, for written consent forms.

Although regulations and other forms of guidance exist regarding informed consent for patients considering participation in clinical research, there is a dearth of studies evaluating the readability and effectiveness of written informed consent forms for clinical procedures performed as part of routine cancer care, particularly those involving radiation therapy.

In this study, department chairs or clinical directors of all US radiation oncology departments with training programs listed in the Electronic Residency Application Service in 2016 were queried by email regarding their use of informed consent forms, including whether the forms were specific to a particular body site and whether patients were permitted to take them home before and after providing a signature. In addition, the department leaders were asked to send copies of their forms, including those specific to the brain and breast, if available. Consent forms were then assessed for grade-level readability, as well as individual word difficulty, using validated measures.

Of the 89 radiation oncology departments contacted, 67 (75%) participated in the study.  All participating departments used written informed consent forms: 96% used a general form, 4% used body-specific forms only.  However, 32 breast-specific and 34 brain-specific forms were also provided. Interestingly, 45% of departments reported that patients were allowed to take the forms home after providing a signature, but only 3% of departments routinely allowed patients to do this prior to signing the form.

In addition, mean grade-level readability scores of the forms using different index measures were 12.3 to 15.2 and 10.6 to 14.6, with the 2 ranges corresponding to forms where non-narrative text was edited to create a single sentence or multiple sentences .

“Regardless of index, most consent forms had grade levels well above national recommendations,” the study authors commented.

Interestingly, the grade-level readability scores of the body-site specific forms were lower than the general forms.

Regarding this finding, the study authors noted that “efforts to be as specific as possible in consent form design might translate into better patient comprehension.”

Study limitations included the lack of assessment of patient preference or comprehension of the informed consent forms, and the possibility of response bias, given that 25% of queried departments did not participate in the study.

“These data suggest the need for reevaluation and modification of the approach to radiotherapy consent, ideally with guidance and templates designed by national professional organizations,” the study authors concluded.

Furthermore, innovative consent methods (eg, video- or multimedia-assisted tools) should be considered in conjunction with the improvement of written forms to assist diverse patient populations in overcoming barriers to informed consent. 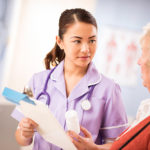