For the study, researchers enrolled 97 patients with solid tumors undergoing scheduled 3-week cytotoxic chemotherapy. Of those, 61% had breast cancer and 30% had lung cancer. Participants were randomly assigned to receive the 2014-2015 seasonal influenza vaccine on day 1 or 11 of the chemotherapy cycle.

Researchers also found that seroconversion rates and postvaccination geometric mean titers were similar between the 2 groups; however, vaccine-related adverse events occurred significantly more frequently in patients who received the vaccine during the cytopenic period (32% vs 13%; P =.040).

The findings ultimately suggest that influenza vaccination can be performed on the first day of chemotherapy administration or during the cytopenic period. 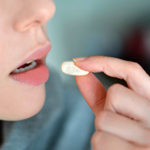