Obesity is a condition in which a person has an unhealthy amount and/or distribution of body fat.

To measure obesity, researchers commonly use a scale known as the body mass index (BMI). BMI is calculated by dividing a person’s weight (in kilograms) by their height (in meters) squared (commonly expressed as kg/m2). (See our BMI calculator here.) BMI provides a more accurate measure of obesity than weight alone, and for most people it is a fairly good (although indirect) indicator of body fatness.

For children and adolescents (younger than 20 years of age), overweight and obesity are based on the Centers for Disease Control and Prevention’s (CDC’s) BMI-for-age growth charts, which are available at http://www.cdc.gov/growthcharts/clinical_charts.htm:

The CDC has a BMI percentile calculator for children and teens at http://nccd.cdc.gov/dnpabmi/Calculator.aspx.

Compared with people of normal weight, those who are overweight or obese are at greater risk for many diseases, including diabetes, high blood pressure, cardiovascular disease, stroke, and many cancers. Extreme or severe obesity is also associated with an increased death rate; heart disease, cancer, and diabetes are responsible for most of the excess deaths (1, 2).

How common is overweight or obesity?

The CDC has state-level estimates of obesity prevalence among U.S. adults available at http://www.cdc.gov/obesity/data/prevalence-maps.html.

What is known about the relationship between obesity and cancer?

Nearly all of the evidence linking obesity to cancer risk comes from large cohort studies, a type of observational study. However, data from observational studies can be difficult to interpret and cannot definitively establish that obesity causes cancer. That is because obese or overweight people may differ from lean people in ways other than their body fat, and it is possible that these other differences—rather than their body fat—are what explains their different cancer risk.

Despite the limitations of the study designs, there is consistent evidence that higher amounts of body fat are associated with increased risks of a number of cancers (6), including:

• Gastric cardia cancer: People who are obese are nearly twice as likely as normal-weight people to develop cancer in the upper part of the stomach, that is, the part that is closest to the esophagus (10).

• Liver cancer: People who are overweight or obese are up to twice as likely as normal-weight people to develop liver cancer. The association between overweight/obesity and liver cancer is stronger in men than women (11, 12).

A higher BMI is associated with increased risks of colon and rectal cancers in both men and in women, but the increases are higher in men than in women (18).

In premenopausal women, by contrast, overweight and obesity have been found to be associated with a 20% decreased risk of breast tumors that express hormone receptors (22).

Several possible mechanisms have been suggested to explain how obesity might increase the risks of some cancers.

• Obese people often have chronic low-level inflammation, which can, over time, cause DNA damage that leads to cancer. Overweight and obese individuals are more likely than normal-weight individuals to have conditions or disorders that are linked to or that cause chronic local inflammation and that are risk factors for certain cancers (26). For example, chronic local inflammation induced by gastroesophageal reflux disease or Barrett esophagus is a likely cause of esophageal adenocarcinoma. Obesity is a risk factor for gallstones, a condition characterized by chronic gallbladder inflammation, and a history of gallstones is a strong risk factor for gallbladder cancer (27). Chronic ulcerative colitis (a chronic inflammatory condition) and hepatitis (a disease of the liver causing inflammation) are risk factors for different types of liver cancer (28).

• Fat tissue (also called adipose tissue) produces excess amounts of estrogen, high levels of which have been associated with increased risks of breast, endometrial, ovarian, and some other cancers.

• Fat cells produce adipokines, hormones that may stimulate or inhibit cell growth. For example, the level of an adipokine called leptin, which seems to promote cell proliferation, in the blood increases with increasing body fat. And another adipokine, adiponectin—which is less abundant in obese people than in those of normal weight—may have antiproliferative effects.

• Fat cells may also have direct and indirect effects on other cell growth regulators, including mammalian target of rapamycin (mTOR) and AMP-activated protein kinase.

Other possible mechanisms by which obesity could affect cancer risk include changes in the mechanical properties of the scaffolding that surrounds breast cells (30) and altered immune responses, effects on the nuclear factor kappa beta system, and oxidative stress (31).

How many cancer cases may be due to obesity?

A population-based study using BMI and cancer incidence data from the GLOBOCAN project estimated that, in 2012 in the United States, about 28,000 new cases of cancer in men (3.5%) and 72,000 in women (9.5%) were due to overweight or obesity (32). The percentage of cases attributed to overweight or obesity varied widely for different cancer types but was as high as 54% for gallbladder cancer in women and 44% for esophageal adenocarcinoma in men.

Does avoiding weight gain or losing weight decrease the risk of cancer?

Most of the data about whether avoiding weight gain or losing weight reduces cancer risk comes from cohort and case-control studies. As with observational studies of obesity and cancer risk, these studies can be difficult to interpret because people who lose weight or avoid weight gain may differ in other ways from people who do not.

Fewer studies have examined possible associations between weight loss and cancer risk. Some of these have found decreased risks of breast, endometrial, colon, and prostate cancers among people who have lost weight. However, most of these studies were not able to evaluate whether the weight loss was intentional or unintentional (and possibly related to underlying health problems).

How does obesity affect cancer survivorship?

Most of the evidence about obesity in cancer survivors comes from people who were diagnosed with breast, prostate, or colorectal cancer. Research indicates that obesity may worsen several aspects of cancer survivorship, including quality of life, cancer recurrence, cancer progression, and prognosis (survival) (37, 38).

For example, obesity is associated with increased risks of treatment-related lymphedema in breast cancer survivors (39) and incontinence in prostate cancer survivors treated with radical prostatectomy (40). In a large clinical trial of patients with stage II and stage III rectal cancer, those with a higher baseline BMI (particularly men) had an increased risk of local recurrence (41). Death from multiple myeloma is 50% more likely for people at the highest levels of obesity compared with people at normal weight (42).

Several randomized clinical trials in breast cancer survivors have reported weight loss interventions that resulted in both weight loss and beneficial changes in biomarkers that have been linked to the association between obesity and prognosis (43, 44). However, there is little evidence about whether weight loss improves cancer recurrence or prognosis (45). The NCI-sponsored Breast Cancer WEight Loss (BWEL) Study, a randomized phase III trial that is currently recruiting participants, will compare recurrence rate in overweight and obese women who take part in a weight loss program after breast cancer diagnosis with that in women who do not take part in the weight loss program.

What research is being done on obesity and cancer?

Several areas of research are exploring mechanisms that link obesity and cancer (29, 46). One research area involves understanding the role of the microbes that live in the human gastrointestinal tract (collectively called the gut microbiota, or microbiome) in both type 2 diabetes and obesity. Both conditions are associated with dysbiosis, an imbalance in the collection of these microbes. For example, the gut microbiomes of obese people are different from, and less diverse than, those of non-obese people. Imbalances in the gut microbiota are associated with inflammation, altered metabolism, and genotoxicity, which may in turn be related to cancer. Experiments in mice show that the microbiome may influence the efficacy of some types of cancer treatment, particular immunotherapy (47, 48). Researchers are beginning to think about ways to change the microbiota of cancer patients to improve their outcomes.

Another area of investigation is the role of insulin receptor signaling in cancer. Many cancer cells express elevated levels of IR-A, a form of the insulin receptor that has a high affinity for insulin and related growth factors. Researchers are investigating how these factors contribute to metabolic disease and cancer and which may be useful targets for therapeutic interventions to prevent obesity-related cancers.

Researchers are also trying to understand why the association between obesity and the risks of some cancers vary among racial/ethnic groups. For example, obesity has been found to be more strongly associated with an increased risk of prostate cancer among African American men than among white men (49). This observation might reflect a difference in the biological effects of obesity between these two groups, such as a difference in the effects of obesity on inflammation or insulin secretion.

NCI supports research on obesity and cancer risk through a variety of activities, including large cooperative initiatives, web and data resources, extramural and intramural epidemiologic studies, basic science, and dissemination and implementation resources. For example, the Transdisciplinary Research on Energetics and Cancer (TREC) initiative links four research centers and a coordination center to investigate how the combined effects of obesity, poor diet, and low levels of physical activity increase cancer risk.

The NCI Cohort Consortium is an extramural–intramural partnership within NCI’s Division of Cancer Control and Population Sciences that combines more than 50 prospective cohort studies from around the world with more than seven million participants. The studies are gathering information on energy balance–related factors from each cohort. The large size of the study will allow researchers to get a better sense of how obesity-related factors relate to less common cancers, such as cancers of the thyroid, gallbladder, head and neck, and kidney. 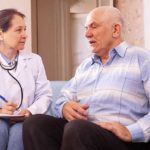