Unprovoked venous thromboembolism (VTE) in some cases may be a sign of occult cancer.  However, extensive cancer screening tests do not appear to translate into benefits in terms of lower morbidity and mortality in patients with unprovoked VTE, according to a new Canadian study. Researchers from the University of Ottawa report in the Annals of Internal Medicine that aggressive screening is often considered in these patients but there does not appear to be a clear benefit and there may be potential harms with extensive screening.

“The studies until now have been too small to make a determination of what is the underlying risk in an unexplained blood clot,” said Marc Carrier, MD, who is an associate professor at the Ottawa Hospital Research Institute, University of Ottawa, Ottawa, Ontario. “What if we do more aggressive screening? Are we making a difference or spending a lot of money for nothing?”

Dr Carrier and his colleagues conducted a systematic review and meta-analysis of individual patient data to estimate the prevalence of occult cancer in patients with unprovoked VTE.  They looked at subgroups based on age and different types of screening. Their sources included MEDLINE, EMBASE, and the Cochrane Central Register of Controlled Trials from November 2007 to mid-January 2016. The researchers also searched conference proceedings of the International Society on Thrombosis and Haemostasis and the American Society of Hematology from 2007 to 2015.

A total of 1216 articles were identified. Among these, 23 full texts were assessed for eligibility and 10 studies qualified. Individual data were obtained for 2316 patients (mean age, 60 years). In this cohort, 58% of patients received extensive screening. A significant number of the patients (N = 2052) were enrolled in the studies before any occult cancer screening procedures. 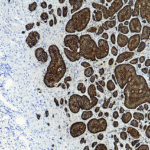