Patients who have had cancer recently can still be treated with antibodies against tumor necrosis factor (anti-TNF) for inflammatory bowel disease (IBD), according to results of a study. Anti-TNF treatment can be used for patients with IBD that is not controlled with other treatments.1

“Anti-TNF could be used taking into account a mild risk of incident cancer,” according to the report by David Laharie, PhD, of Centre Hospitalier Universitaire de Bordeaux, France, and colleagues.

A large IBD database from 20 centers was analyzed to identify patients treated with anti-TNF agents who had a history of cancer within the past 5 years. The researchers identified 79 cases of patients with IBD who had had a malignancy diagnosed a median of 17 months previously (range, 1 to 65 months). The most common types of cancer were breast (n=17) and skin (n=15).

The patients had all had extensive prior treatment for their IBD, including one-half of patients receiving anti-TNF therapy and one-third undergoing major abdominal surgery.

During a median follow-up of 21 months (range, 1 to 119 months), incident cancer developed in 15 patients (19%). Of these incident cancers, 8 were recurrent and 7 were new cancers. These included 5 basal cell carcinomas. A total of 5 patients died; 4 deaths had resulted from recurrent disease.

The researchers noted that their study included a highly selected group of patients. The patients all had uncontrolled IBD that prompted their physicians to prescribe anti-TNF therapy, despite a history of cancer. With advances in treatment over the past 2 decades, doctors are seeing more patients with IBD and previous or current cancer, with earlier and longer use of anti-TNF and other immunomodulatory treatments.

“Pending additional data,” the researchers wrote, “it should be a case-by-case decision taken with the oncologist and the patient, taking into account natural history of cancer according to location, histological type, time since cancer diagnosis, and IBD prognosis.” 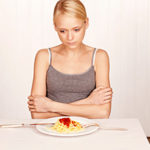