From the 1970s to the 1990s, the proportion of pediatric patients with cancer treated with radiation therapy decreased from 77% to 33%. Additionally, the average radiation dose decreased. Hence, the probability of a childhood cancer survivor experiencing a second cancer within 15 years of the first cancer has declined during this time.

“This study shows efforts to reduce the late effects of treatment are paying off.”

This retrospective, multicenter study, published in the Journal of the American Medical Association, included 23,603 5-year survivors from the Childhood Cancer Survivor Study (CCSS). The CCSS assembled a large, diverse cohort of survivors of childhood cancers to allow research characterizing the experience of second cancers.

Patients in the study were treated at 27 different medical centers in the United States and Canada. They experienced pediatric cancer between 1970 and 1999, and follow-up continued through December 2015.

Average age at diagnosis was 7.7 years, and 46% of patients were female. The most frequent initial diagnoses were acute lymphoblastic leukemia, Hodgkin lymphoma, and astrocytoma.

The most frequent second malignancies were thyroid cancer and breast cancer. 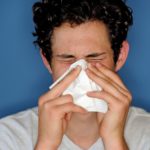