Formaldehyde is a colorless, flammable, strong-smelling chemical that is used in building materials and to produce many household products. It is used in pressed-wood products, such as particleboard, plywood, and fiberboard; glues and adhesives; permanent-press fabrics; paper product coatings; and certain insulation materials. In addition, formaldehyde is commonly used as an industrial fungicide, germicide, and disinfectant, and as a preservative in mortuaries and medical laboratories. Formaldehyde also occurs naturally in the environment. It is produced in small amounts by most living organisms as part of normal metabolic processes.

How is the general population exposed to formaldehyde?

According to a 1997 report by the U.S. Consumer Product Safety Commission, formaldehyde is normally present in both indoor and outdoor air at low levels, usually less than 0.03 parts of formaldehyde per million parts of air (ppm). Materials containing formaldehyde can release formaldehyde gas or vapor into the air. One source of formaldehyde exposure in the air is automobile tailpipe emissions.

During the 1970s, urea-formaldehyde foam insulation (UFFI) was used in many homes. However, few homes are now insulated with UFFI. Homes in which UFFI was installed many years ago are not likely to have high formaldehyde levels now. Pressed-wood products containing formaldehyde resins are often a significant source of formaldehyde in homes. Other potential indoor sources of formaldehyde include cigarette smoke and the use of unvented fuel-burning appliances, such as gas stoves, wood-burning stoves, and kerosene heaters.

What are the short-term health effects of formaldehyde exposure?

When formaldehyde is present in the air at levels exceeding 0.1 ppm, some individuals may experience adverse effects such as watery eyes; burning sensations in the eyes, nose, and throat; coughing; wheezing; nausea; and skin irritation. Some people are very sensitive to formaldehyde, whereas others have no reaction to the same level of exposure. 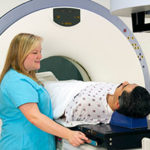