Hospitals in the United States have nearly universally adopted electronic health records (EHRs) over the past 20 years; however, widespread vulnerabilities still persist with operational EHR systems. A team of researchers sampled a large number of hospitals and EHR vendors and found significant safety issues. In addition, study findings revealed considerable variation in test performance by hospital and EHR vendors.

The researchers note that EHR systems are large, complex, and constantly evolving. However, they are largely unregulated. Using a standardized, federally endorsed health information technology (IT) safety measure, the researchers found that EHR systems meet the most basic safety standards less than 70% of the time. In addition, these systems have only modestly increased their safety performance during a 10-year period. The study findings suggest there are critical deficiencies in EHR systems regarding detection and prevention of serious safety issues.

“The most surprising thing is that after 10 years of meaningful use incentives and a total investment of [more than] 100 billion dollars, EHRs are still missing 33% of medication errors that they were designed to prevent,” said corresponding author David C. Classen, MD, professor of internal medicine at University of Utah Health in Salt Lake City (email communication, June 2020). “Would you get on a plane if the pilot told you they only pick up two-thirds of safety problems? No other high-risk industry would tolerate this level of software failure.”

For this study, the researchers reviewed the results of the EHR computerized physician order entry safety test administered by the Leapfrog Group at all US adult hospitals using the National Quality Forum Health IT Safety Measure. The goal was to evaluate how well hospital EHRs could identify medication errors, which are still the most frequent cause of potential patient harm. Data analyzed were from July 1, 2018, to December 1, 2019, using simulated medication orders that have previously injured or killed patients.

System improvement over the study period was found to be modest. In 2009, the systems correctly issued warnings or alerts about potential medication problems 53.9% of the time, which increased to only 65.6% by 2018. Mean scores on the overall test also indicated a need for further improvement. The mean hospital score for the categories representing basic clinical decision support increased from 69.8% in 2009 to 85.6% in 2018; for the categories representing advanced clinical decision support, mean score increased from 29.6% to 46.1% in the same time period.

“Some say that pharmacists will pick up medication errors that physicians miss; but of the hundreds of safety failure scenarios that we used in which real patients were injured or killed, they all came from hospitals with pharmacist review,” Dr Classen pointed out. “Our testing has shown that pharmacists miss many of the errors that the system missed. Pharmacists tell us that they have way too many inpatients to review in detail for all of the medication errors so they must rely on the EHR system.”

Part of the problem with the current system is that hospitals must customize and adapt their EHR software to meet their own needs, and federal regulators inspect EHR systems with factory specifications only, which does not include the customizations hospitals make after installation. So a serious drug interaction that might trigger an EHR warning at one hospital may not do so at another hospital, explained Dr Classen. 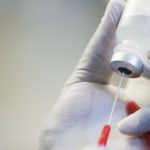