A survey study on older patients with cancer completed by nurses from home visit nursing agencies showed that the presence of dementia was associated with a lower quality of death. The findings from this study were reported in Geriatrics and Gerontology International.

The percentage of patients with both cancer and dementia has been reported to be increasing in aging societies. Nevertheless, there is a dearth of evidence related to the impact of dementia on the quality of death for patients with cancer.

In this cross-sectional study, surveys were sent to 1200 randomly selected home visit nursing agencies in Japan, and nurses who provided end-of-life care were asked to complete the questionnaire based on their patient with cancer, aged at least 65 years, who had most recently died. The 10-item Good Death Inventory was used to evaluate patient quality of death.

From the 293 (24.6%) home nursing agencies who participated in the study, 514 completed questionnaires were returned, of which 508 included information on patient cognitive status. Dementia and death at home were reported in 156 (30.7%) and 371 (73.0%) of the 508 patients with cancer, respectively.

A comparison of the patients with and without dementia showed that those in the former group were significantly more likely to be older (P <.001) and female (P =.016) and less likely to have received opioids (P =.001).

Some of the reported study limitations included the absence of data collected from family members of the patients, as well as potential limitations of the Good Death Inventory measure.

In their concluding remarks, the study authors noted that the results of this study “might reflect the difficulty in confirming cancer patients’ end-of-life preferences because of cognitive decline; therefore, we suggest the importance of engaging in advanced care planning that considers patients’ preferences.” 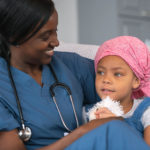