Proton beam therapy systems are now available at more than 2 dozen sites across the United States — including, most recently, the Miami Cancer Institute’s new Proton Therapy Center (scheduled to be unveiled March 15, 2018). These facilities are very expensive. Depending on the number of rooms and other factors, these facilities can cost more than $225 million each and have been called the single most expensive medical device ever built.1 Perhaps not surprisingly, treatment costs exceed those of traditional photon external-beam radiotherapy (EBRT) modalities.1

Most proton beam facilities costs less, $20 million to $150 million for single- and multiroom facilities, according to Scott Warwick, executive director of the National Association of Proton Therapy.

But proton therapy’s allure is strong despite its costs. Imprecise radiation beam targeting, skin surface dose, and in-path irradiation of nontarget internal-organ tissue are the main causes of dose-limiting radiotherapy toxicities.2 The large mass of protons reduces beam broadening and scatter seen with photon EBRT modalities, and most proton beam energy is deposited in target tumor tissue without significant irradiation of nontarget tissue along the beam path behind the target volume.1,2

It stands to reason that proton therapy is most promising for tumors close to the body surface. Proton therapy’s dosimetric depth-precision (its sharp lateral penumbra and distal fall-off) have fueled interest in its use against ocular melanomas, tumors of the spine and skull-base, and childhood brain cancers — as well as its potential for reducing cardiovascular toxicity during breast tumor or esophageal tumor radiotherapy.3-5 Authors of a recent systematic review of 13 studies of proton therapy for breast cancer concluded that mean radiation doses to the heart and lungs were reduced with proton therapy compared with conventional photon EBRT modalities, including intensity-modulated radiotherapy (IMRT).4 However, large, well-designed comparative clinical studies are needed to confirm those potential clinical benefits, the authors cautioned.4

“There are many advantages of proton therapy,” said Minesh Mehta, MD, deputy director and chief of radiation oncology at Miami Cancer Institute. “Proton therapy delivers radiation with pinpoint accuracy, with little to no dose to tissues beyond the tumor, making treatment very effective and much gentler. Patients experience fewer side effects and in certain cases have less chance of recurrence due to the opportunity to deliver higher tumor dose. One of the many open questions patients have with regard to proton therapy is who is a good candidate for this type of treatment. Though every case differs, typically, the best candidates for proton therapy are children with various cancers, and adults with skull-based tumors, tumors in and around the spine, orbital and eye tumors, as well as cancers of the head and neck, esophagus, pancreas and hepatobiliary system, sarcomas, as well as those with left-sided breast cancer.” 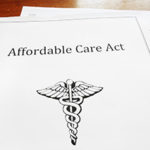