Communicating With the Transgender Patient With Cancer - Oncology Nurse Advisor

People who identify as transgender are just like other folks in many respects. What distinguishes these approximately 1.4 million people is that they are gender nonconforming. They either reject a binary gender or the gender identity they report is different from the sex they were assigned at birth.

Transgender persons experience all the same health issues and diseases as cisgender (not transgender) men and women, including cancer. Ulrike Boehmer, PhD, associate professor of Community Health Sciences at Boston University School of Public Health, Boston, Massachusetts, recently led the first population-based study of cancer prevalence in transgender persons. Her group wanted to increase awareness of the need for more clinical and research attention directed toward this understudied population.

Almost 17 million people in the United States are cancer survivors; estimates state that more than 62,500 of them self-identify as transgender. Compared with cisgender men, cancer is diagnosed in twice as many transgender men. Their likelihood of developing diabetes is 7 times higher than that for their cisgender counterparts. Incidence of cardiovascular disease is 4 times higher. Transgender women do not fare much better; incidence of diabetes and cardiovascular disease is higher in this group than in both cisgender women and cisgender men.

For their research, the Boston group used data from the Behavioral Risk Factor Surveillance System (BRFSS) for the years 2014-2018. Data were from the US states and territories that include gender identity on their BRFSS surveys. Of the 954,908 people identified as having a cancer diagnosis other than melanoma, 1877 were transgender women, 1344 were transgender men, and 876 were nonbinary persons. The researchers also used data from 410,422 cisgender men and 540,389 cisgender women.

This research brought attention to an understudied patient population. Certain things can be done to improve the medical community’s understanding of this population, but researchers in the field need more data, Dr Boehmer explained [personal communication, U Boehmer, March 2020]. Although Dr Boehmer’s group benefitted from using BRFSS data, the survey does not collect data on sexual orientation and gender identity of respondents from every state in every year. As a result, the researchers had to combine data from 5 years to meet sample size criteria, and even then they still only had information from 37 states and Guam. Their sample did not represent a complete national picture, which was a major concern. A greater understanding could be achieved if researchers were able to collect consistent information about gender identity and sexual orientation in the future, concluded Dr Boehmer’s group.

Patients and researchers are subject to several difficulties, according to the Boston group. Just getting to see a clinician is the first hurdle for many patients. As in the cisgender population, a lack of health insurance and an inability to afford the copayments may be barriers for these patients. But the barriers for a transgender patient continue even when they see the clinician. How well do oncology clinicians understand transgender health? A rather staggering percentage of oncology providers surveyed — 80% — lack knowledge about transgender health, Dr Boehmer explained. This situation must be corrected. An increasing number of transgender persons are seeking medical care, therefore, their providers need to know how to approach the difference between the patient’s assigned sex at birth and their gender at presentation.

Transgender patients are often anxious about cooperating with clinicians, but the Boston group heard a sense of frustration from these patients: “What does the clinician really know about people like me?” Clinicians have not necessarily been educated to provide the appropriate care, but now there are guidelines and educational programs on how to refer transgender patients for cancer screening. Clinicians need to assess the patient and recommend screening based on their body parts. Conversely, patients should be addressed and referred to according to how they self-identify. 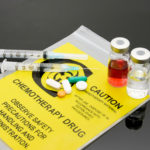