(HealthDay News) — Cancer mortality rates in the United States have dropped 25 percent since the early 1990s, according to a new report published online Jan. 5 in CA: A Cancer Journal for Clinicians.

The finding was drawn from the American Cancer Society’s latest cancer incidence and mortality estimates, which indicate that in 2017, 1,688,780 Americans will be diagnosed with cancer and 600,920 U.S. cancer patients will die.

The investigators found that the cancer mortality rate hit its peak in 1991, before beginning a steady slide of roughly 1.5 percent per year among both men and women through 2014. At the same time, cancer diagnoses fell about 2 percent per year among men, while holding steady among women. However, men remain 20 percent more likely to develop cancer and 40 percent more likely to die from it than women. Racial gaps also exist, though not quite as marked as in the past. While black men were 21 percent more likely to die from cancer than white men in 2014, that figure is a significant improvement on 1990, when black men faced a 47 percent higher odds of cancer death. Similarly, the report found that for black women those same figures fell from 20 percent in 1998 to 13 percent by 2014.

“The drop in cancer mortality is primarily the result of large declines in the four major causes of cancer death — lung, colorectal, breast, and prostate — which account for almost half of all cancer deaths,” report author Rebecca Siegel, M.P.H., of the American Cancer Society in Atlanta, told HealthDay. “This progress is driven by declines in smoking prevalence beginning in the 1960s, and improvements in the early detection of cancer and cancer treatment.” 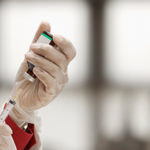