A recent study has shown associations between many site-specific cancers and the development of cardiovascular diseases (CVDs). The study’s results were reported in The Lancet.

For this cohort study, patient records from the UK Clinical Practice Research Datalink registry were used to compare CVD outcomes for adult survivors of cancer (n=108,215) and patients without cancer histories (n=523,541). Cancers included in this analysis were considered the 20 most common site-specific cancers in the UK, and survivors of cancer included in this study had been alive for 12 months following diagnosis.

The authors reported that 10 of the cancer types showed elevated risks of heart failure and cardiomyopathy. The highest risk appeared with multiple myeloma (aHR, 3.29 [95% CI, 2.59-4.18]).

Several other forms of CVDs also showed associations with various cancer types, such as an association between stroke risk and central nervous system cancers. Hematologic malignancies were associated with higher risks of multiple CVDs.

Analyses of cancer treatments showed VTE risk to be higher with survivors of many types of cancers without an obvious relationship to treatment. Chemotherapy was, however, associated with a higher risk of heart failure and cardiomyopathy for survivors of breast cancer. 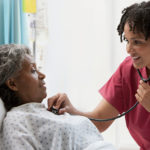