According to an analysis of prospectively collected data for a large cohort of patients with stage I to III esophageal cancer treated with chemoradiotherapy with or without surgery, 15% of patients experienced a grade 3 or higher cardiac adverse event (AE) within 2 years following the administration of chemoradiotherapy. These findings were reported in the Journal of Thoracic Oncology.

This observational study included 479 patients with stage I to III esophageal cancer who underwent preoperative or definitive RT with either intensity modulated RT (IMRT) or proton beam therapy (PBT) at the MD Anderson Cancer Center in Houston, Texas, between March 2005 and August 2017. Data related to cardiac toxicity were retrospectively abstracted from patient medical records.

Patient characteristics included a median age of 62 years, with clinical stage III disease diagnosed in 66.2% of patients, and surgery performed in 59.3% of patients. Approximately two-thirds and one-third of the study population received IMRT and PBT, respectively, and preexisting heart disease was reported in 22.8% of patients. 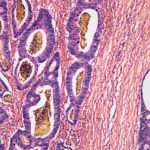