Therefore, a group of researchers conducted a group-randomized trial to put a price tag on adding community-to-clinic tailored navigation to a community-based education program to promote colorectal cancer screening in an underserved patient population in Phoenix, Arizona. Their findings were published in the American Journal of Health Promotion.

Of 504 potential participants who met eligibility criteria, 345 attended a group education class that included information about CRC risk factors, strategies for reducing risk, and types of screening. All participants were aged 50 years and older and out of compliance with the current CRC screening guidelines.

The costs to the healthcare system were $271 per person for the intervention group and $167 per person for the control group. The community-to-clinic tailored navigation increased the cost per participant by $104. “This cost increase is compared to the increase in screenings (a net increase of .16 screenings per participant) to get a cost of $646 per additional person screened,” the researchers explained, adding that the tailored navigation produced more clinic visits and screening tests.

Given the benefits of screening and depending on the value assigned to each additional person who undergoes CRC screening, adding the tailored navigation could be considered highly cost-effective, they concluded.

“Community-to-clinic tailored navigation increased program costs, but also increased screening rates by 16 percentage points, and according to one estimate of the value of an additional person screened, provided net benefits to the healthcare system.”

The researchers report that this study may have included some research-based costs, even though efforts were made to exclude them, or excluded some costs that should have been included. 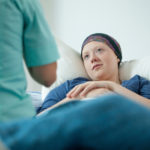 Colonoscopy Before Age 50 May Cut Colorectal Cancer Risk in Women