Hereditary cancer syndromes are associated with high risks of cancer and require intensive cancer surveillance to improve early detection; however, the prevalence and spectrum of these conditions among unselected patients with early-onset colorectal cancer remains unclear. Therefore, researchers sought to assess the frequency and spectrum of cancer susceptibility gene mutations in this population.

Researchers analyzed data from 450 patients diagnosed with colorectal cancer younger than 50 years who were prospectively enrolled in the Ohio Colorectal Cancer Prevention Initiative from 2013 to mid-2016. Using next-generation sequencing, they tested patients’ germline DNA for mutations in 25 cancer susceptibility genes.

Among patients with MMR-deficient tumors, 37 patients had Lynch syndrome, which included: 13 with a MLH1 mutation; 16 with a MSH2 mutation; 1 with a MSH2/monoallelic MUTYH mutation; 2 with a MSH6 mutation; and 5 with a PMS2 mutation.

One patient had the APC c.3920T>A, p.I1307K mutation and a PMS2 variant, while 9 patients had double somatic MMR mutations, including 2 with germline biallelic MUTYH mutations). One patient also had somatic MLH1 methylation.

Of note, one-third of the 72 patients harboring mutations would not have received genetic testing under the established genetic testing criteria, suggesting that clinicians should consider multigene panel testing for all patients with early-onset colorectal cancer. 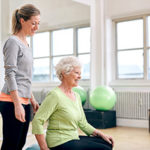