The United States Multi-Society Task Force (MSTF) on Colorectal Cancer Screening confirmed that people at average risk for colorectal cancer should be screened beginning at age 50 years, in its most recent recommendations. MSTF recommended colonoscopy and fecal immunochemical testing (FIT) as the best first option in this average-risk group.

However, for the higher-risk African American population, MSTF recommends initiating screening at age 45 years. Screening remains frontline in defense of colorectal cancer as it can detect precancerous growths and malignancies, both of which are more easily treated when detected early.

The screening tests were ranked into 3 levels according to strength of the recommendations for people at average risk and incorporated other considerations such as cost and impediments to use. 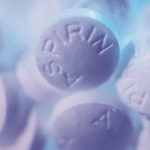 Use of Aspirin, NSAIDs Correlates with Improved Overall Survival in Colorectal Cancer