Recurrence of disease occurred in 72 patients (64%) undergoing a second re-section for metastatic disease, with lung (56%) and liver (43%) as the most common sites of disease recurrence.

Of the 72 patients with disease recurrence following second liver resection, 30 (42%) underwent a third curative-intent surgery, and disease recurred in 63%, with the lung being the most common site.

The study authors noted that re-resection of recurrent metastatic disease is “feasible, not only in the setting of liver‐limited disease, but also among patients with extrahepatic recurrence…”

They further commented that “the exact role of second, third, or even fourth surgical resection following recurrence is unknown, but it is possible that surgeons are choosing to resect patients in the low-risk group; therefore surgical resection may be a prognostic factor that is linked with, and dependent on, tumor biology.” 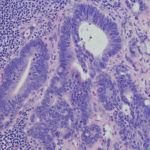