Postsurgical and definitive radiation therapy (RT) are mainstays in the management of nonmetastatic, locally advanced cervical cancer, according to a recently published clinical guideline from the American Society for Radiation Oncology (ASTRO).

RT is “an integral part of the management of locally advanced disease, either as adjuvant treatment after surgery in the presence of risk factors or as a primary curative treatment, used in combination with chemotherapy and a brachytherapy boost to the primary site,” the ASTRO guideline concludes.

Different radiotherapeutic modalities are best suited for different settings, the evidence-based guideline notes. Intensity modulated RT (IMRT) and image-guided brachytherapy (IGBT) are “effective at reducing normal tissue toxicity and allow for dose escalation to residual disease in the central pelvis (in the case of brachytherapy) or positive nodes (in the case of IMRT),” the guideline states. “All these factors have resulted in safer and more effective treatment for women with this disease.”

“There is strong evidence supporting the use of RT with or without chemotherapy in both definitive and postoperative settings,” the guideline authors wrote. “Brachytherapy is an essential part of definitive management and volumetric planning is recommended. IMRT may be used for the reduction of acute and late toxicity.”

To develop clinical guidance, the ASTRO task force reviewed the available evidence base and arrived at a consensus statement for each of 5 “key questions”:

Task force members confidentially reported their level of agreement for each recommendation using a 5-point scale from “strongly agree” to “strongly disagree.”

Postoperative RT with and without systemic therapy after hysterectomy

High risk cases Following hysterectomy, there is “strong” evidence that adjuvant concurrent cisplatin-based chemoradiation can improve overall survival and progression-free time for those patients who have high-risk factors such as cancer-positive surgical margins or positive lymph nodes after surgery. For these high-risk patients, whole-pelvic RT (up to a total dose of 4500 to 5040 cGY in 180-cGy fractions) can be delivered with concurrently cisplatin (40 mg/m2 weekly), the task force noted.

Intermediate risk cases For intermediate-risk patients, adjuvant radiation has been shown to be associated with a reduced 5-year disease progression risk and a 47% reduction in recurrence overall, with modest toxicity (6% and 2% grade 3 or 4 adverse event rates). For intermediate risk patients, the ASTRO task force recommended that whole-pelvic RT can be delivered to a total dose of 4500 to 5040 cGY in 180 cGy fractions or 4000 to 4400 cGy in 200 cGy fractions.

“In practice, if additional surgery is expected to be technically difficult and/or potentially morbid, RT or chemoradiation may be offered as an alternative, particularly if RT is already indicated from surgicopathologic findings,” the task force reported. “Although prospective evidence is lacking, pelvic RT to 4500 to 5040 cGy, followed by a boost to sites at high risk of additional occult disease (either with vaginal brachytherapy or external beam radiation therapy [EBRT] depending on location) is a reasonable approach.”

Concurrent chemotherapy can also be considered, they noted.

Hysterectomy after definitive RT with and without systemic therapy

IMRT can maximize therapeutic RT dose to target tissues while sparing adjacent, radiosensitive nontarget, healthy tissues and organs. For example, when extended treatment field RT with concurrent cisplatin chemotherapy is undertaken, IMRT should be considered to spare bowel tissue of irradiation, with “close monitoring of laboratory tests with special attention to assess neutropenia, anemia, and thrombocytopenia; and a potential need to stop chemotherapy before the completion of 5 cycles” of therapy, the authors advised.

Whole-pelvic definitive RT can be delivered to a total dose of 4500 to 5040 cGY in 180 cGy fractions, with 40 mg/m2 concurrent cisplatin. “Additional nodal boosts may be included,” the authors noted. “This is followed by brachytherapy, with a goal to limit the total treatment time to [not longer than] 7 to 8 weeks.”

IGBT chemoradiation allows disease control even among patients with bulky, stage IB2-IIB cervical cancer, the guideline states, so post-RT hysterectomy is not a routine treatment strategy. When residual cancer is confined to the cervix and IGBT is not available, however, lower-dose brachytherapy and hysterectomy can be considered.

“Despite high rates of local control, a small percentage of cancers do not respond well to chemoradiation and have evidence of residual disease after treatment,” the authors noted. “Time should be allowed for delayed response, with consideration of positron emission tomography imaging approximately 3 months after treatment completion. However, if recurrence and/or persistence of disease is confirmed by biopsy as early as 8 to 12 weeks after therapy, there may be a role for salvage hysterectomy or exenteration, if feasible, to improve local control and survival, at the risk of significant morbidity.” 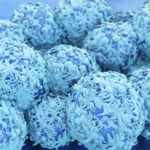