Blueberry extract (BE) may be an effective radiation sensitizer in the treatment of women with cervical cancer, according to a study published in Pathology & Oncology Research.

The most widely utilized radiation sensitizer is cisplatin, and cisplatin-based radiochemotherapy regimens are the current standard of care for cervical cancer.  However, a significant challenge for patients is dose-dependent toxicity as well as the development of resistance mechanisms to treatment.

Recent studies focusing on the anticancer effects of certain foods have found that blueberries have inhibitory effects against cancer by means of apoptosis (programmed cell death) and cellular response mechanism modulation. Blueberries not only contain resveratrol, a compound that previously demonstrated radiosensitizing activity, but flavonoids as well, which have antibacterial, anti-inflammatory, and antioxidant properties as well.

For this study, researchers investigated the effect blueberry extract would have on cancer cells when given in combination with radiation therapy (RT). Researchers took the human cervical cancer cell line SiHa and separated them into 4 study arms: a control arm, an RT-only arm, a BE-only arm, and an arm that received both BE and RT in combination.

The authors concluded that “the data collected from our study demonstrate the potential of [blueberry extract] as a radiation sensitizer for cervical cancer. Future in vivo studies are warranted using RT/BE in the treatment of cervical cancer as well as other malignancies.” 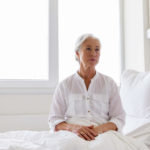