(HealthDay News) — Overweight and obese women who eat a Western diet may develop more dense breast tissue, possibly increasing their risk for breast cancer, according to research published in the September issue of Obstetrics and Gynecology.

Marina Pollán, M.D., Ph.D., a cancer epidemiologist at the National Center of Epidemiology in Madrid, and colleagues collected data on 3,584 women who were part of a breast cancer screening program between October 2007 and July 2008. The data included medical information, family and personal health history, and self-reported details about diet. The team also rated the density of the women’s breast tissue as seen on mammography.

After adjustment for age, weight, menopause, smoking, family history, hormone treatment, and calorie and alcohol intake, the researchers found that women with a higher adherence to a Western dietary pattern were more likely to have high mammographic density compared with women with low adherence. This association was only seen among overweight-obese women. The team did not find an association between a Mediterranean dietary pattern and mammographic density.

“Generally, it is important to maintain an adequate weight through life by controlling caloric intake, reducing consumption of energy-dense foods,” Pollán told HealthDay. These include foods found in a Western-style diet, especially high-fat dairy products, processed meats, and refined grains. Other examples include sweets and sweetened drinks, convenience foods, and sauces. Women who ate such a diet had a 46 percent higher risk of developing breast cancer, Pollán added. In contrast, a Mediterranean diet is characterized by a high intake of fish, vegetables, legumes, boiled potatoes, fruits, olives, and vegetable oil and a low intake of juices, she said. “Women in the highest category of adherence to this pattern had a 44 percent lower risk of breast cancer than women in the lowest category of adherence.”

Full Text (subscription or payment may be required) 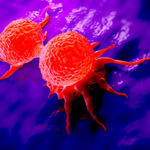