Patients with breast cancer have more than 2 times the risk for developing a venous thromboembolism 5 years after diagnosis compared with the general population, a study published in the journal Cancer has shown.1

Investigators analyzed data from 8338 Swedish patients with breast cancer diagnosed between 2001 and 2008 and 39,013 age-matched control subjects from the general population.

Comorbid disease and progesterone receptor-negative status were more strongly associated with late-onset events, while the effect of chemotherapy was limited to early onset events. 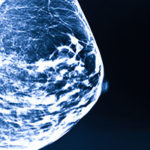