Breast-conserving therapy (BCT) is better than mastectomy for some patients with early breast cancer. BCT combines breast-conserving surgery with radiotherapy. These results were presented at the 2017 European Cancer Congress.1

Researchers assessed survival in the Netherlands in almost 130,000 patients with breast cancer. Patients were divided into 2 groups based on when their breast cancer was diagnosed: between 1999 and 2005 and between 2006 and 2012. Selected patients experienced no metastases, and data were connected to cause of death register.

Randomized trials in the 1980s indicated equal survival for BCT and mastectomy; however, the trials frequently exclude older patients and patients with other comorbidities.

This study accounted for prognostic factors such as age, disease stage, hormonal receptor status, HER2 status, comorbidity, and differences in treatments after surgery.

“We looked at 2 different groups in order to allow us to compare long-term outcomes in a more historical versus a more recent cohort, evaluating patients that had been able to benefit from more sophisticated diagnostics and therapies,” explained senior author Sabine Siesling, PhD, from the Netherlands Comprehensive Cancer Organization.

“A considerably superior survival, both specific to breast cancer and from any cause of death, was found for BCT in the early stage T1-2N0-1M0 cancers in both time cohorts.”

Researchers divided each time cohort into subgroups to determine which patients benefit most from BCT. Patients with cancers that were T1-2N0-1M0 showed significant benefits with BCT among the elderly, those with comorbidity, and patients who did not undergo chemotherapy. This was true for both time cohorts.

“However, we would like to emphasize that these results do not mean that mastectomy is a bad choice. For patients for whom radiotherapy is not suitable or feasible due to social circumstances, for whom the risk of late side effects of radiotherapy is high, or who have the prospect of a poor aesthetic outcome following BCT, a mastectomy may still be the preferable treatment option,” explained Siesling. “Our study showed that BCT is at least as good as mastectomy and that some patients might benefit more than others from BCT in the future.” 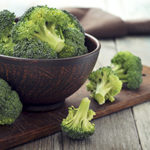 Might a Chemical from Celery and Broccoli One Day Yield a New Drug to Prevent Breast Cancer Metastasis?