In an exploratory analysis of intrinsic breast cancer subtypes, ribociclib plus endocrine-based therapy was found to be effective against all subtypes except basal-like, according to the results of a retrospective analysis published in the Journal of Clinical Oncology.

Previous studies have suggested that intrinsic breast cancer subtypes are independently associated with survival and are prognostic in hormone receptor-positive, HER2-negative disease treated with endocrine therapy. However, “…the value of intrinsic subtypes in the context of endocrine therapy plus CDK4/6 inhibition is unclear,” according to this study’s authors.

The retrospective study analyzed data from 1160 tumors that had been treated with endocrine therapy plus ribociclib or placebo in the MONALEESA-2, -3, and -7 trials (ClinicalTrials.gov Identifier: NCT01958021, NCT02422615, and NCT02278120, respectively). PAM50 analysis was used to determine intrinsic tumor subtypes. The primary objective was to assess the association of PAM50-based intrinsic tumor subtypes with progression-free survival (PFS).

The study authors concluded that “…patients in the MONALEESA trials exhibited a consistent substantial PFS benefit from ribociclib across all subtypes except basal-like.” They added that “Following our results, the question remains whether intrinsic subtyping should guide the use of CDK4/6 inhibitors in [advanced breast cancer].”

Disclosure: Please see the original article for a link to the full list of authors’ affiliations. 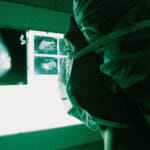