In another presentation, a second leader from the community of US patients with metastatic breast cancer told the conference that the voices of patients needed to be included in discussions between policy makers and the medical community about whether the high costs of second- and third-line treatments for the disease is financially sustainable by society.

CJ (Dian) Corneliussen-James, co-founder and president of METAvivor (a US organization that funds research to transition metastatic breast cancer into a survivable condition), who has been living with advanced breast cancer for 9 years, told delegates that people and organizations often unintentionally issue damaging messages and would benefit from coaching about the disease.

“For example, many cancer organizations promote the concept that if you live a healthy life, your odds of being diagnosed with cancer are greatly reduced and you’ll almost certainly not develop metastases,” said Corneliussen-James. “This sends the message that metastatic patients are at fault for their metastasis, which only further isolates and stigmatizes them. Educating those who are doing this on the damage they are causing is one way forward, and we have begun doing this. But we also need to educate the public on the realities so that they don’t believe faulty messaging.”

She said that this type of faulty messaging played into the hands of those patients who feared a metastasis.

“They convince themselves that the metastatic patients caused their disease and thus they are safe, it won’t happen to them and they turn their backs on our community. Some doctors view us as just another patient doomed to death so they expend little effort. Some cancer organizations don’t want us at their rallies and conferences because they find us a ‘downer’ and they want to be positive. What we are doing is taking those in need of the greatest support and isolating and haughtily dismissing them as being at fault for having the disease in the first place. This is prejudice and this is what we are trying to change. Until we do, we are failing a whole community of patients worldwide, on a massive level.”

Shirley Mertz, president of the US Metastatic Breast Cancer Network, who has been living with the disease since 2003, told the conference that more people were living longer with advanced breast cancer (described by her as long-term responders), and they had lived long enough to see approval of new therapies, such as trastuzumab for HER2-positive breast cancer, that could be used for second- and third-lines of treatment. Second- and third-line treatments are given when the disease progresses or recurs after initial therapy.

“These new treatments and a new era of precision medicine provide hope to HER2-positive metastatic patients that, upon progression of their disease, there will be other viable treatment options to consider,” said Mertz.

“While these developments are occurring, long-term responders are aware that discussions have begun within the medical community and among policy-makers about whether the high cost of cancer treatments in the second and third line make their future use sustainable by society. However, the voices of long-term responders with all types of metastatic cancer have been missing thus far in the discussion. This excludes any debate about the relative costs to society when the lives of patients who have responsibilities to others are cut short.

“Some argue that in societies where the costs of cancer treatments can no longer be justified, expensive treatments should only be available to those who can afford them. If such policies are adopted, the number of patients whose long-term survival has been made possible by the dedication, intelligence, and talents of scientists, researchers, and clinicians, will no doubt decline.” 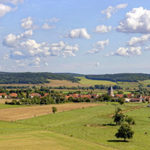