Actual experiences among patients with breast cancer who undergo radiotherapy are at odds with their fears and misconceptions prior to initiating treatment, according to a study published in Cancer.

Although there has been much analysis evaluating the objective outcomes of radiotherapy, such as efficacy and toxicity, there a scarcity of data regarding patient perspectives and experiences.

Researchers surveyed 502 patients with nonmetastatic, noninflammatory invasive, or preinvasive breast cancer who underwent radiotherapy and did not have disease recurrence, inquiring about patient fears regarding radiotherapy, as well as actual short- and long-term adverse events compared with pretreatment expectations. Approximately 83% of patients underwent breast conservation therapy (mastectomy, lumpectomy), the median follow-up was 31 months, and survey response rate was approximately 65%.

Ninety-two percent and 81% of patients who underwent breast conservation therapy and mastectomy, respectively, stated that if future patients were more knowledgeable about radiotherapy they would be less scared of treatment.

Eighty-three percent and 84% of patients indicated that the overall severity of short- and long-term adverse events, respectively, were better than or were as they expected.

The authors concluded that “the actual experiences of patients were overwhelmingly superior to initial expectations, and the majority of patients agreed that their initial fears and negative impressions regarding breast [radiation therapy] were unfounded. These data can play a critical role in counseling future patients and providers concerning the actualities of modern breast [radiation therapy].” 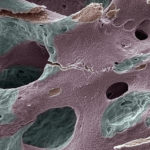