Patients with hormone receptor (HR)-positive breast cancer who have a high Oncotype DX recurrence score (RS) are more likely to have a hereditary cancer syndrome, according to study results to be presented at the 2017 San Antonio Breast Cancer Symposium.

Hereditary cancer tumors tend to be more sensitive to chemotherapy than sporadic cancers. Therefore, researchers hypothesize that Oncotype DX tests results for these tumors would show a higher recurrence score. In this analysis, they sought to determine if a disproportionate amount of high RS is seen in hereditary cancer syndromes compared with sporadic cancers.

The researchers collected data from 419 patients who underwent treatment for HR-positive breast cancer at 2 participating research facilities. All the patients had Oncotype DX testing, and 123 had undergone genetic risk assessment. Oncotype DX RS was categorized as low (0-17), intermediate (18-30), and high (31+). Mutations identified were in the BRCA1, BRCA2, CHEK2, BRIP1, NBN, and MSH6 genes.

For this study, deleterious mutations in any known hereditary cancer gene were considered positive, and variant of uncertain significance (VUS) or negative genetic testing results were considered negative. Chi square was used to determine the difference in distribution of low, intermediate, and high Oncotype DX results among the tumors that were hereditary cancer vs sporadic cancer.

The researchers conclude that a high RS may indicate that a patient’s tumor is more likely to be hereditary. However, they report that further investigation using a larger cohort and multivariate analysis is needed to determine whether RS results would suggest genetic counseling and testing for patients. 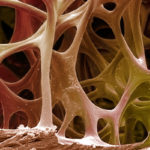