Hormone-driven breast cancer was less likely to return in overweight women who regularly used anti-inflammatory medicines, they found. But their findings don’t prove the drugs prevent cancer and it’s too soon to tell women to start taking them to protect against cancer recurrence, the researchers warn.

Still, senior researcher Linda deGraffenried of The University of Texas in Austin told Reuters Health said, “I was probably as surprised as anyone that we found such a dramatic effect that we did.”

She and her colleagues write in the journal Cancer Research that in past studies, breast cancer outcomes tended to be worse in obese women than in thinner women. 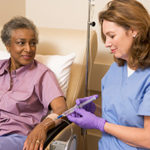 Exercise reduces the risk of breast cancer in older women