Single-screening breast magnetic resonance imaging (MRI) detects 18.1 additional cancers after negative findings with mammography and ultrasonography (US) per 1,000 women with a history of breast cancer, according to a study published in the August issue of Radiology.

These women had negative mammography and US findings, and most underwent preoperative MRI examinations (91.8 percent). 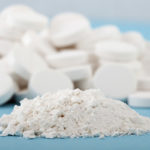