Symptoms of posttraumatic stress disorder (PTSD) develop in a majority of patients with breast cancer, and these symptoms persist for at least a year for most.1

These findings come from the Cognicares study, led by Kerstin Hermelink, PhD, of the Breast Cancer Center in the Department of Gynecology and Obstetrics at the Ludwig-Maximilians-Universitaet Medical Center in Munich, Germany. The multicenter Cognicares study involved 166 patients with newly diagnosed breast cancer. These patients were assessed at 3 specific time points over the following year for symptoms of PTSD. Their results were compared with those of a control group of patients who did not have a cancer diagnosis.

In the time between breast cancer diagnosis and initiation of treatment, 82.5% of patients exhibited symptoms of PTSD. These symptoms included recurrent and intrusive reminders of the experiences associated with cancer, feelings of detachment and emotional numbness, increased arousal, sudden outbursts of anger, and an exaggerated startle response.

At 1 year after cancer diagnosis, only 2% of patients were found to have a full diagnosis of PTSD. However, 57.3% continued to display symptoms at that time. In contrast, the rate of PTSD symptoms due to other traumatic events was very low in the controls and the patients alike.

“That the high level of stress should persist for such a long time is particularly striking,” said Hermelink.

The severity of the psychological and emotional impact of the cancer diagnosis is emphasized by another finding of the study. Among patients who had already had a traumatic experience, such as a serious accident or violent assault prior to developing breast cancer, approximately 40% rated having breast cancer as the more severe traumatic event.

“Cognicares is one of the very few longitudinal studies of traumatic stress associated with breast cancer,” said Hermelink. The data of Cognicares comes from diagnostic interviews conducted by psychologists and not from self-assessments. The study only recruited patients who did not have metastatic disease and excluded women with a history of psychiatric disease.

“Indeed, we assume that the study is likely to somewhat underestimate the true incidence of posttraumatic stress symptoms in breast cancer patients,” Hermelink added.

“Neither the type of surgery nor receipt of chemotherapy had any significant effect on either of these variables, but a high level of education did have a favorable impact. A university education is evidently a marker for resources that enable patients to recover more rapidly from the psychological stresses associated with a diagnosis of breast cancer,” Hermelink explained.

Hermelink stated that the 2013 edition of the Diagnostic and Statistical Manual of Mental Disorders does not include life-threatening disease as a potential inducer of trauma. This book is the major source of diagnostic guidelines in the field of psychiatry.

“In light of the results of our study, and against the background of my own experience as a psycho-oncologist with breast cancer patients, I regard this decision as highly questionable,” said Hermelink. “Doctors should be made aware of the fact that the majority of breast cancer patients develop symptoms of posttraumatic stress subsequent to diagnosis, and need to receive the appropriate support.” 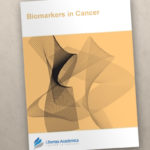 Emerging Role of Genomic Rearrangements in Breast Cancer: Applying Knowledge from Other Cancers