A low-fat dietary intervention may improve overall survival (OS) among women with breast cancer, according to a study published in JAMA Oncology.

A previous study demonstrated that a low-fat diet may reduce the risk of death after breast cancer, but the degree to which survival was influenced by dietary modifications to the breast cancer disease process or other clinical outcomes was undetermined.

In the previously conducted Women’s Health Initiative study, researchers randomly assigned 48,835 postmenopausal women to a dietary intervention group (n=19,541) or a usual-diet group (n=29,294). Goals of the intervention group were to decrease their fat intake to 20% of energy and increase dietary consumption of fruits, vegetables, and grains. Eligible patients had a dietary fat intake exceeding 32% and did not have a history of breast cancer.

A total of 1764 women developed breast cancer during the study period (671 in the intervention group vs 1093 in the control group), and 516 deaths were reported during the median 11.5 years of follow-up postdiagnosis.

The 10-year survival was 82% and 78% among women in the intervention group and usual-intake group, respectively (P=.01).

Women in the dietary group also reported a decreased incidence of breast cancer-, other cancer-, and cardiovascular disease-related death.

The authors concluded that “in women who received a diagnosis of breast cancer during the dietary intervention period, those in the dietary group had increased breast cancer overall survival compared with those in the usual-diet comparison group. This increase is likely due, in part, to better survival from several causes of death.” 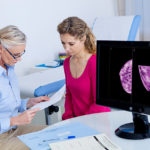