Routine testing for hormone receptors in tissue obtained in a first needle biopsy for ductal carcinoma in situ (DCIS), the most common form of noninvasive breast cancer, is unnecessary and wasteful, a study published in the American Journal of Surgical Pathology, has shown.1

Core needle biopsy is a diagnostic test in which a sample of suspect breast tissue is obtained and evaluated by pathologists. If the sample is determined to contain cancer, an initial classification of the type — noninvasive or invasive — is made. The rationale for this testing is that preventing recurrence of hormone receptor–positive DCIS can be managed with relatively nontoxic medications such as tamoxifen.

However, a study led by pathologists at Johns Hopkins found that automatically testing core biopsy samples for hormone receptors is unnecessary for several reasons.

For this study, Pedram Argani, MD, professor of pathology and oncology at Johns Hopkins University School of Medicine, and colleagues reviewed the pathology and medical records of 58 patients with newly diagnosed DCIS who underwent core needle biopsy and follow-up excision at The Johns Hopkins Hospital within a 2-year period beginning in January 2011.

Preparation of a trustworthy stained slide and the pathologist’s evaluation of it cost approximately $140 per patient in this study. Extrapolating that cost to the approximately 60,000 annual DCIS diagnoses made in the United States put the cost at approximately $26.5 million, explained Argani. “The unnecessary cost of automatically testing DCIS in excisions when the information is not used is $26.5 million, which adds up to $35 million per year in the [United States].” 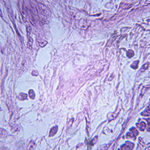