The relationship between depressive symptoms and the serotonin transporter gene SLC6A4 and its functional polymorphism 5-HTTLPR in patients with breast cancer has yet to be determined, according to a study published in Supportive Care in Cancer.

Nearly 40% of women experience depression following a breast cancer diagnosis, and remain at increased risk of depression from various factors such as recurrent disease, decreased physical function, poor body image perception, and disease/treatment related symptoms. Previous studies have suggested however, that some patients may have a genetic predisposition to depression.

For this study, researchers enrolled 125 postmenopausal women, 80 of whom underwent surgery for early-stage breast cancer and 45 were healthy. Eligible patients provided genetic data from blood or saliva samples, which were then analyzed for SLC6A4 polymorphisms. The Beck Depression Inventory scores and the physical function domains from the Medical Outcome Study Short Form 36 were used to evaluate outcomes.

The authors concluded that “although our data did not reveal a relationship between the serotonin transporter gene and depressive symptomology in women with breast cancer, we do show that physical functioning is an important correlate to depressive symptoms in the 1-year breast cancer survivor and warrants further study.” 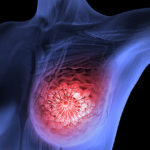