Various factors predictive of patient outcomes and response to antiprogrammed death-1 (PD-1)/programmed-death ligand-1 (PD-L1) have been identified in the context of advanced breast cancer, according to an oral presentation delivered at the 35th Annual Chemotherapy Foundation Symposium in New York.1

Breast cancer was previously thought to not be immunogenic in nature, but a subset of patients with breast cancer, primarily with triple negative (TN) disease, have exhibited robust levels of tumor infiltrating leukocytes (TIL).

Atezolizumab was evaluated in a dose-expansion phase 1a study that enrolled heavily pretreated patients with triple negative (TN) breast cancer. The overall response rate to atezolizumab was 10% to 13%, and patients with PD-L1 expressing cells had a slightly higher response rate (RR). Patients that received atezolizumab as first-line therapy, however, achieved a RR of 26% ― much higher than rates in the second- or third-line setting. Median overall survival (OS) was 9.3 months (95% CI, 7.0-12.6) in all patients who had a response, which was sustained for 2 to 3 years. Patients with tumors characterized by a high level of TILs had a doubling of overall RR and doubling of median OS compared with patients with low TIL levels.

The efficacy of pembrolizumab was assessed in a multicohort study for patients with metastatic TN breast cancer. Cohort A enrolled patients who previously received treatment regardless of PD-L1 status and cohort B enrolled patients who had PD-L1 positive disease and were treatment naive. The overall RR for previously treated patients was 4.7% to 4.8% regardless of PD-L1 status. As first-line therapy however, overall RR to pembrolizumab was 23.1%. Patients who had higher TIL levels had a RR of nearly 40%, compared with just 10% in patients with low levels of TIL.

The presence of TILs and line of therapy were shown to be powerful predictors of patient outcomes, whereas PD-L1 status was not.

In addition, checkpoint inhibitors are being evaluated in other studies as potentially safe and effective options in the early-stage preoperative setting. 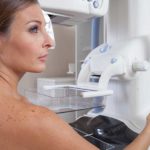