Reductions in cumulative dose of the third-generation adjuvant chemotherapy regimen 5-fluorouracil, epirubicin, and cyclophosphamide followed by docetaxel (FEC-D) were associated with worse survival outcomes in women with stage I-III HER2-negative breast cancer, according to study findings published in the Journal of the National Comprehensive Cancer Network.

Results of previous research demonstrated that administering a first-generation adjuvant chemotherapy regimen (eg, cyclophosphamide, methotrexate, and fluorouracil [CMF]) was associated with substantial overall survival benefits in women with early-stage breast cancer. Furthermore, reductions in the cumulative dose intensity of CMF (eg, less than 85% of full cumulative intensity) were shown to have a negative impact on survival.

Although additional survival benefits have been associated with the addition of an anthracycline or a taxane to adjuvant chemotherapy for breast cancer, similar results regarding the negative effects of reductions in total cumulative dose of cyclophosphamide, doxorubicin, and 5-fluorouracil (CAF) and 5-fluorouracil, epirubicin, and cyclophosphamide (FEC) have also been shown. Nevertheless, the effect on survival of dose reductions in third-generation adjuvant chemotherapy regimens for breast cancer that include both an anthracycline and a taxane, such as FEC-D, is less well understood.

This retrospective study included women with stage I-III HER2-negative breast cancer that was either hormone receptor-positive or -negative between 2007 and 2014 who had received between 4 and 6 cycles of adjuvant chemotherapy with FEC-D and at least 1 cycle of docetaxel (D) and were identified in the Alberta Cancer Registry.

“This finding supports the notion that even with the addition of taxanes, sustaining total chemotherapy dose at 85% or higher is important for maintaining clinical benefit,” the researchers noted.

Determinations of whether dose reductions were early (FEC), late (D only), or both revealed the following 4 patients subgroups:

The researchers stated that “medical oncologists should strive to deliver full-dose FEC when prescribing adjuvant FEC-D chemotherapy for breast cancer. Prospective evaluation of the optimal dose for D cycles in this regimen is warranted.” 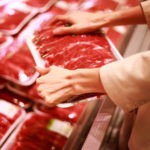