The presence of abnormal cells in the milk ducts of the breast is the basis for DCIS diagnosis. DCIS is diagnosed in more than 60 000 women in the United States every year. Since the abnormal cells do not always become invasive breast cancer, experts dispute best treatment options. Typically, DCIS treatment includes lumpectomy, lumpectomy and radiation, or total mastectomy.

“This study indicates not only that radiation therapy is an important component in the treatment of DCIS but also that it must be received in a timely manner,” said Ying Liu, MD, PhD, instructor in surgery at the School of Medicine and a research member at Siteman Cancer Center at Barnes-Jewish Hospital and Washington University School of Medicine in St. Louis, Missouri, and lead author of the study.

Women who were black, unmarried, on Medicaid, whose diagnosis was made in the later years of the study, had larger tumors, or whose disease was not completely removed in surgery were more likely to experience delayed radiation therapy.

Average follow-up was 6 years, during which time 3.1% of women developed a recurrence of DCIS or an invasive tumor in the same breast. The recurrence rate was 2.5% in women who received radiation therapy within 8 weeks.

“What we’ve found suggests the need for more studies. Our hope is to provide clear-cut guidelines that will help more women reduce their risk of recurrence,” Liu said. 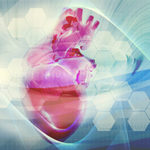