The proportion of women with invasive early-stage unilateral breast cancer electing to undergo contralateral prophylactic mastectomy (CPM) has increased significantly over the previous decade in the United States even though evidence does not support any survival benefit. In addition, this trend varies considerably across states.1

This retrospective cohort study examined variation by state in the temporal trend and proportion of CPMs in women with early-stage unilateral breast cancer who underwent surgery.

Among more than 1.2 million women 20 years or older with invasive early-stage breast cancer treated with surgery between January 2004 and December 2012 in 45 states and the District of Columbia, overall rates of CPM increased from 3.6% in 2004 to 10.4% in 2012 in women 45 years or older and from 10.5% to 33.3% in women between 20 and 44 years. The North American Association of Central Cancer Registries compiled the data.

While the percentage of women with invasive early-stage unilateral breast cancer aged 20 to 44 years who underwent reconstructive surgical procedures increased, these increases did not correlate with the proportion of women who underwent CPM. 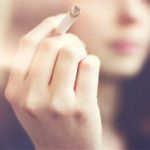