Adjuvant whole-breast radiotherapy (WBRT) plays an integral role in breast-conserving therapy (BCT) for women with early-stage breast cancer. In the landmark National Surgical Adjuvant Breast and Bowel Project1 and Milan2 trials, WBRT consisted of 50.0 Gy delivered in 25 daily fractions. However, patient inconvenience caused by 5 weeks of WBRT, increasing cost with each additional fraction, and limited resources led to interest in a shorter regimen. From a radiobiologic perspective, a shorter schedule delivering a higher daily dose of radiation over fewer treatment days (hypofractionated) can be equally effective.3 Concerns regarding long-term cosmetic results with a higher daily dose were allayed by 2 randomized trials in Canada and the United Kingdom.4,5 The hypofractionated schedules used in these trials thus seemed safe and would reduce the number of days required of patients while at the same time reducing resource utilization.

Although WBRT reduces the local recurrence rate for all breast cancers after breast-conserving surgery, the absolute benefit is quite small for elderly women. In the Cancer and Leukemia Group B (CALGB) 9343 study, women aged ≥70 years with estrogen receptor-positive (ER+) early-stage breast cancer were randomized to lumpectomy plus tamoxifen with or without WBRT.12 At 10-year follow-up, CALGB 9343 showed a small improvement in local recurrence (10% vs 2%) and no difference in breast preservation, distant metastasis, and overall survival.12 National Comprehensive Center Network (NCCN) guidelines now reflect these data, offering radiotherapy (RT) omission as an option for elderly women with hormone receptor-positive, early-stage breast cancer.13

In terms of treatment technique for delivery of WBRT, 3-dimensional conformal RT (3DCRT) or intensity-modulated RT (IMRT) are most common. The last cost comparison reported in the literature showed that a course of WBRT using IMRT was roughly twice the cost of 3DCRT. However, this information has now become outdated, as it was assessed using the 2003 Medicare fee schedule.14One randomized trial reported clinically greater breast induration and change in breast appearance favoring IMRT versus 2-dimensional RT (2DRT), with no difference in quality of life.15 Randomized comparisons between IMRT and modern 3DCRT are lacking; however, one randomized trial compared IMRT with 2DRT, with computed tomography imaging used for planning in both arms.16 Reduced moist desquamation was associated with IMRT and smaller breast size. However, no difference in pain or quality of life was noted for IMRT versus 2DRT.16 Long-term follow-up showed no difference in chronic pain, quality of life, or cosmesis between IMRT and 2DRT.17 In the absence of clear clinical benefit, routine IMRT use for WBRT remains controversial.

On the basis of updated level I evidence, ASTRO released practice recommendations in 2013 as part of the national Choosing Wisely campaign.18 For breast cancer, clinicians are encouraged to 1) consider shorter treatment schedules for women aged ≥50 years with early-stage breast cancer and 2) not routinely use IMRT to deliver WBRT.

To assess how practice patterns changed following the publication of level I evidence supporting hypofractionated WBRT,6–8 we evaluated the pattern of use of RT for women aged ≥50 years with hormone receptor-positive, early-stage breast cancer at our NCCN member institution. 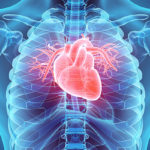