Levothyroxine treatment may lead to higher rates of physical fatigue among patients with breast cancer undergoing chemotherapy, according to a study published in Supportive Care in Cancer.

Studies have shown that 15% to 25% of patients with breast cancer undergoing adjuvant chemotherapy concurrently receive levothyroxine, a potential contributory factor for hormone dysregulation that may cause fatigue.

For this secondary analysis of the BEATE and INVEST study—clinical trials assessing the effect of exercise during chemotherapy on fatigue—researchers analyzed the outcomes of 111 women and divided them into 3 groups. Group 1 consisted of women with breast cancer undergoing chemotherapy without exercise intervention, group 2 was women with breast cancer who were randomized to the exercise arm of the BEATE study, and group 3 was comprised of healthy patients from the INVEST study who had the same exercise intervention as patients in group 2.

All study patients had complete data on thyroid hormone, salivary cortisol, and fatigue levels at baseline and week 13.

Levothyroxine therapy was significantly associated with lowered thyroid-stimulating hormone levels (TSH); TSH levels in patients not taking levothyroxine were comparable with those in healthy women.

Among patients not undergoing any exercise intervention, levothyroxine use was significantly associated with increased physical fatigue during chemotherapy (P <.004). This association may have been affected by TSH levels, which also appeared to affect fatigue by increasing cortisol levels.

No significant associations between levothyroxine use and fatigue were observed in the exercise groups.

The authors concluded that “breast cancer patients on [levothyroxine] treatment may need special monitoring of their thyroid levels and of fatigue during chemotherapy and should be supported to perform resistance exercise.” 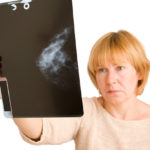