Cancer survivors continue to increase in number, with the latest count at almost 15.5 million; of whom, almost 3.6 million (23%) have survived breast cancer. When the numbers are broken down, they clearly show that black women experience greater morbidity and mortality than whites and other ethnic or racial groups. Furthermore, the oncology treatment community seems to apply precision medicine and other therapies based on genetic risk less frequently to this group than to white patients with breast cancer. This disparity may be a result of the poor representation of minority patients in research, specifically precision medicine research. Vanessa B. Sheppard of the Virginia Commonwealth University School of Medicine and her colleagues sought to determine the factors responsible for the lower numbers of biospecimens targeted for genetic research among this population.

Biospecimens are especially important in breast cancer survivorship because genetic information determines so much: preservation of fertility in appropriate patients, decisions about treatment and novel treatment targets, counteracting disease resistance, and predicting future recurrence and toxicity.

For this prospective study of survivors of hormone-positive (HR+) breast cancer, the researchers collected data on the response rate of home saliva collection kits the survivors completed and returned in postage-paid mailing containers. The researchers would then extract DNA from the saliva biospecimens. The investigators were interested in how well patients adhered to the study protocol, and the success rate of this collection method.

Participants’ age ranged from 26 years to 91 years. Of the 575 participants, 68% were non-Latino whites, 27% were non-Latino blacks, and the remaining 4% were Asian and other ethnicities. Most of the participants had attended some college, but education levels were higher among the white women than the black women. Furthermore, the investigators noted that levels of medical mistrust, discrimination, and religiosity were greater in the black women compared with the white women.

Most of the women said they were participating because they wanted to further the research process. When providing informed consent, however, the women wanted to know how many samples they would have to provide and whether they would learn the results. They also wanted to know whether their genomic information would be sent to entities such as their insurance company. Seventy percent of the participants returned their saliva collection kits, and 93% of the saliva samples contained enough DNA for genotyping.

Participants’ age, race, marital status, education, or income had no effect on whether they provided samples. Medical mistrust, healthcare discrimination, the women’s opinion of their oncologists’ technical expertise or interpersonal manner, financial status, and affordability of cancer care also had no effect on adherence to the study protocol. 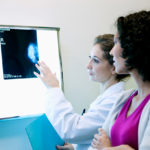