The survival rate of women with breast cancer has been steadily increasing each year since 2007. The 5-year survival rate for women with nonmetastatic invasive breast cancer is currently 90%.1 As survival rates have increased, studies have demonstrated that rates of cardiovascular disease in the same population have been increasing as well. This is an important observation, as cardiovascular disease is already a common condition in women, and is currently the leading cause of death in women in the United States.2

For those who underwent radiation therapy, both sides of the body were recorded, with special focus on those who received radiation to the left side. Endocrine therapy was grouped into treatment with tamoxifen or aromatase inhibitors.3

Trastuzumab The cardiac risk factors associated with the HER2-directed therapy trastuzumab are well established. Trastuzumab has the potential to cause left ventricular (LV) dysfunction, hypertension, and arrhythmias, and requires routine cardiac evaluation during therapy. If LV dysfunction is documented, trastuzumab should be held and rechallenged based on improvement of LV function.4

Endocrine therapy Studies have demonstrated that the cardiovascular risks associated with endocrine therapy are most likely to occur with use of aromatase inhibitors over tamoxifen. Aromatase inhibitors have the potential of causing coronary artery disease, myocardial infarction, arrhythmias, heart failure, pericarditis, and valve disease. Tamoxifen has actually shown to be cardioprotective but does carry an increased risk of venous thromboembolism (VTE).6 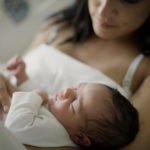