Researchers developed a new prognostic tool based on a range of clinicopathologic, as well as patient- and treatment-specific variables, to predict the long-term clinical outcomes of patients with early-stage triple-negative breast cancer (TNBC), according to results of a study reported in Breast Cancer Research and Treatment.

Triple-negative breast cancer is an aggressive subtype of breast cancer that does not express the estrogen receptor, progesterone receptor, or HER2. Although an estimated up to 20% of patients with breast cancer will have this form of the disease, there is evidence that TNBC is more prevalent among African American and Hispanic women compared with non-Hispanic White women. In addition, risk of developing TNBC is increasing among younger, premenopausal women compared with postmenopausal women.

In this study, researchers developed and validated a prognostic tool that predicts 5- and 10-year recurrence-free survival (RFS) and overall survival (OS) in individual patients with early-stage TNBC on the basis of a number patient-, disease-, and treatment-related variables.

The training dataset for construction and internal validation of the prognostic model was comprised of a cohort of 605 patients who underwent primary surgery for the treatment of TNBC at the Mayo Clinic between 1985 and 2012. Breast cancer specimens from all the patients were retrospectively assessed for Ki67 expression level and the presence of stromal tumor infiltrating lymphocytes (sTIL).

Patient-specific variables in the model included age and menopausal status. Disease-specific variables were tumor size, nodal status, Nottingham grade, Ki67 expression level, sTIL score, and neutrophil-to-lymphocyte ratio (NLR). The latter variable is a known peripheral marker for level of systemic inflammation associated with worse patient outcomes in the setting of TNBC. Finally, treatment-related variables in the model were surgery type and whether the patient received adjuvant radiation therapy and/or chemotherapy.

Using the training dataset, the concordance indices of the new prognostic model with respect to RFS and OS were significantly higher (P <.001) than those predicted using a base model, which incorporated only tumor size and the number of affected lymph nodes.

External validation of the new prognostic model used a separate dataset of 478 patients in British Columbia, Canada, with stage I/II TNBC diagnosed during 1986 and 1992 for whom data regarding long-term outcomes were available. The investigators assembled and evaluated tissue microarrays of breast cancer specimens from patients in this cohort for percent positive tumor nuclei, Ki67, and sTIL.

Using the external validation dataset, a comparison of the new prognostic model with the base model showed comparable discriminant ability with respect to concordance indices, but a higher level of accuracy for the prediction of 5- and 10-year RFS for the new prognostic model. However, its accuracy was only slightly higher than the base model with respect to the prediction of 5- and 10-year OS.

The study investigators noted that both patient cohorts included high percentages of patients who did not receive chemotherapy. Hence, they recommended against using this prognostic tool to aid in the selection of type of adjuvant chemotherapy for patients with early-stage TNBC.

Instead, the investigators suggested that this clinical decision tool would be better suited to facilitating discussions between patients and their physicians regarding long-term, disease-related outcomes. In addition, they also proposed that this prognostic model might be a useful adjunct for selecting patients for clinical trial enrollment or as a stratification factor in randomized studies.

In their concluding remarks, the study investigators commented, “As our understanding of pertinent cancer biomarkers in TNBC advances and standard of care for these patients evolves, our tools can be extended to integrate additional biomarkers (eg, tissue-based, blood-based, and imaging biomarkers) to assemble a more comprehensive risk assessment model for predicting cancer recurrence and mortality in early-stage TNBC.”

Disclosures: This research was supported by a grant from the National Cancer Institute of the National Institutes of Health and the Breast Cancer Research Foundation. 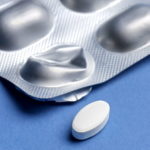 Statins May Protect Heart From Chemo for Early Breast Cancer