Adjuvant breast radiotherapy (RT) is often used to treat women with breast cancer who choose to undergo breast conserving surgery. But although improvements have been made to decrease the toxic effects, the risk of damage to the skin is still an issue, especially for women with large breasts.

Could changing the position for women with large breasts during adjuvant RT decrease the toxic effects on the patients’ skin? A team of researchers enrolled 357 patients in a randomized clinical trial to determine if prone positioning would reduce skin damage. Their findings were published in JAMA Oncology.

A previous large, randomized clinical trial, conducted by this group, found that acute toxic effects were meaningfully decreased for all breast sizes with intensity-modulated radiotherapy (IMRT), but women with large breast size still had an unacceptably high risk of moist desquamation.

For this study, women with breast cancer and larger breast size were randomly assigned to RT in a supine position with the ipsilateral arm over the head (182 patients) or RT in a prone position with arms immobilized above the head (175 patients). The trial began with each woman receiving extended fractionation (with or without boost) but was amended 3 years into the trial to allow a hypofractionated regimen.

The primary endpoint of acute skin reactions with desquamation occurring anywhere on the breast were significantly higher among the patients who received RT in the supine position compared with those treated in the prone position. Endpoints were scored using the National Cancer Institute’s Common Terminology Criteria for Adverse Events (CTCAE).

However, no statistically significant difference was observed in the secondary endpoints of edema, pain, or erythema.

Although this study was a multicenter trial, many of the patients came from the largest participating institution and multivariate analysis included a generalized estimating equation model to address any potential bias that might result. In addition, most patients were treated with hypofractionation after the trial was amended to include it. “We acknowledge, though, that the study was not designed to compare these regimens and should be considered hypothesis generating rather than a firm causality finding,” they stated. 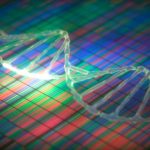