Prophylactic use of epigallocatechin-3-gallate (EGCG) was associated with a reduced risk of radiation-induced dermatitis (RID) in patients with breast cancer undergoing postoperative radiotherapy. These results of a phase 2 study were reported in JAMA Dermatology.

The trial (ClinicalTrials.gov Identifier: NCT02580279) enrolled patients who were being treated with postoperative radiotherapy for breast cancer at the Shandong Cancer Hospital and Institute in Shandong, China. Patients were randomly assigned 2:1 to EGCG solution (660 mmol/L) or a 0.9% saline-based placebo. Solutions used in both trial arms were sprayed onto the whole radiation field beginning on day 1 of radiation therapy and continuing until 2 weeks after completion of treatments. Incidence of grade 2 or worse RID was the primary study endpoint, and several secondary endpoints were also evaluated.

“In this randomized clinical trial, prophylactic use of EGCG solution significantly reduced the incidence and severity of RID in patients with breast cancer receiving adjuvant radiotherapy,” the study investigators concluded in their report. They also suggested the possibility that EGCG may become a standard of skin care with radiotherapy. 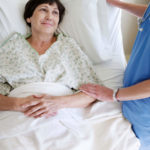